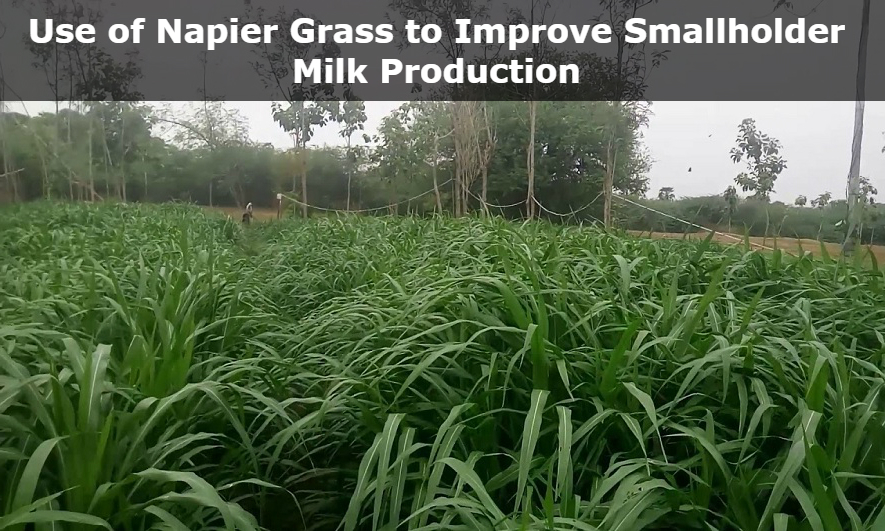 In the past 30 years, India has gone from a nation of milk shortages to a country that has become the world’s leading milk producer. For the 1st time in India in 2006, the country’s milk production exceeded 100 million tonnes. But, increasing demand for milk and other dairy products has put a significant strain on the industry. Meeting the demand for dairy products means switching to sustainable farming practices and solutions. One area where sustainability is a must is with cattle feed. Fortunately, hybrid Napier grass is an answer to this challenge.

How did India become the world’s leading milk producer?

India’s smashing success in milk production and the country’s journey to becoming the world’s leading milk producer can be traced back to a government initiative called Operation Flood. Operation Flood began in 1970 and continued through 1996. During this time, the government became intensely focused on developing dairy farms and milk production activities and how the two could be linked and strengthened from rural producers and urban markets. With the initiative, rural milk shed areas were identified and linked to established and emerging urban markets via a network of smallholdings and village co-ops. These links in the dairy supply chain were used for both producing and marketing milk.

But simply identifying and enhancing dairy supply chains was not enough. Also, milk production needed to be enhanced through cattle feed, education, artificial insemination, and veterinary services. Operation Flood soon paid off, with milk production in India seeing gains of 4 and 5 percent per year. But with increased milk production, a global population boom, and the end of Operation Flood, demand for dairy only increased. Growth began to fall to less than 3% per year after investment in the sector was ended with the closure of Operation Flood.

What are the problems in the dairy industry that superior Hybrid Napier grass CO(BN) 5 can solve?

Until recently, there had been no concentrated efforts to improve milk output in India, despite increasing demand being driven in part by population growth, higher disposable income, and greater health consciousness throughout the world. Current estimates state that the need for milk will reach up to 180 million tonnes in 2022. An average increase of 5 million tonnes per year is the only way to meet this demand. Without sufficient increased milk production, it’s not possible to supply the demand for dairy, and it will have a significant impact on milk prices. Focusing on developing areas for smallholder dairy production is vital for stability in the dairy market. One way to increase production that’s also aligned with the practice of sustainable agriculture is by using super Napier CO (BN) 5 hybrid grass.

There are millions of smallholder dairy farmers in India who own two or three heads of cattle or camels. Although these small farms do not produce massive amounts of milk per day, there is strength in numbers. With millions of smallholdings throughout the country producing milk, they are a vital, key part of the industry. Changing the dairy industry with sustainable farming and milk production practices can protect these smallholdings from economic instability.

For millions of smallholding farmers, dairy production provides a steady source of income. But any source of income related to agriculture is subject to unpredictable, and seasonal weather conditions that can severely impact milk production. By planting hybrid Napier grass, farmers have a better chance of weathering these storms while also improving soil quality and cattle nutrition.